When we first started teaching Math at Moonpreneur, we started with Place value of numbers for grade 5 students. We researched the matter and went into in depths and realized that the decimal system fundamentally consists of numbers from 0 to 9 and using the place value we can generate any number we want.  This number system originated from India and is now universally  used across all the languages and countries. This simple looking universal thing was not so – and that is not so long before. 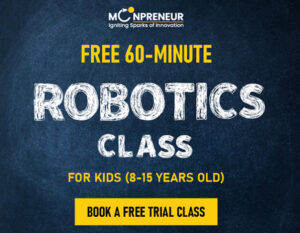 The Roman number system was not based upon the place value. As an example if the number 32 in this “universal number system” is written as XXXII. The three Xs, in XXXII each represent, same value of 10. This is not so, in the “Universal” decimal system where, in number 332, for example, the two 3s have different place value.

When we teach students at Moonpreneur the place value, we actually start teaching them with the story and history of the number system starting with Roman Number System. We then go on to ask student how are they going to write a number in Roman system that say, for example represent the distance between the sun and the moon. And how are they going to add large numbers using the Roman Number System. How about multiplying and dividing large numbers ?

That sets that path to let them understand that advantages of the decimal system that seems to have become the “Universal”. And there are reasons for it. Why the base of 10 was used, is a different question that we will try to answer at a different time. Notice that the Hexadecimal system for example uses the base of 16. The Computer systems use base of 2.

Math is a Universal Language. Of the several thousands of languages spoken worldwide, all of them use the same the decimal system, though the characters representing them may look different.

It has been incorrectly reported at many places that  Arabians were the first to use the decimals.  The decimal number system was first used in India and from there it possibly spread to Arabian countries and got popularity to other placed. Numerous Sanskrit shlokas are testimonials to it. There has been similarity in many use of the characters in many countries and languages.

All European languages, including Greek, use the same characters as Russian does. The older Chinese numeral system is still used by the Japanese, but Arabic characters are more commonly used now. In essence, it is a complete set. Nothing wins universality by such a wide margin in another area of language.2 Numbers seem to be eternal constants in a world where everything is temporary, constantly changing, and subject to human interpretation. They are among Plato’s ideas of “eternal forms” that exist in a world that actually exists but we can only glimpse. The astrophysicist Carl Sagan predicted in the 20th century that aliens would use prime numbers to communicate with us. Since the dawn of human thought, we have used numbers as a symbolic language for thinking about the divine, the invisible.

Vikas Shukla, an innovator at heart whose undivided attention is dedicated to technology. His inquisitiveness to create has led to several innovations in the field of hardware and software. He is the architect behind several successful learning products for students. These tool kits are a part of the curriculum at Moonpreneur.