Minecraft Jenny Mod (Virtual Girlfriend)- All You Need to Know

You probably already know about Minecraft Jenny Mod which packs a host of amazing features.

In this blog, we will discuss everything from downloading to installing and using Jenny mod including its special abilities.

Before you go into details, you may like to know that you can get a $10 Minecraft e-gift card. 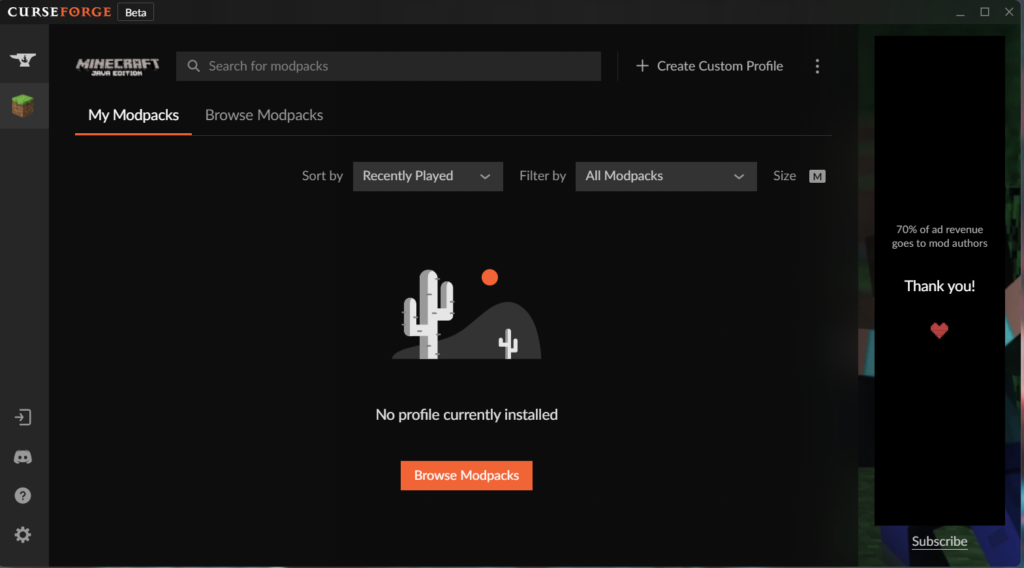 Step 3: Then create a new “Custom Profile” and choose the new profile name as per your wish. 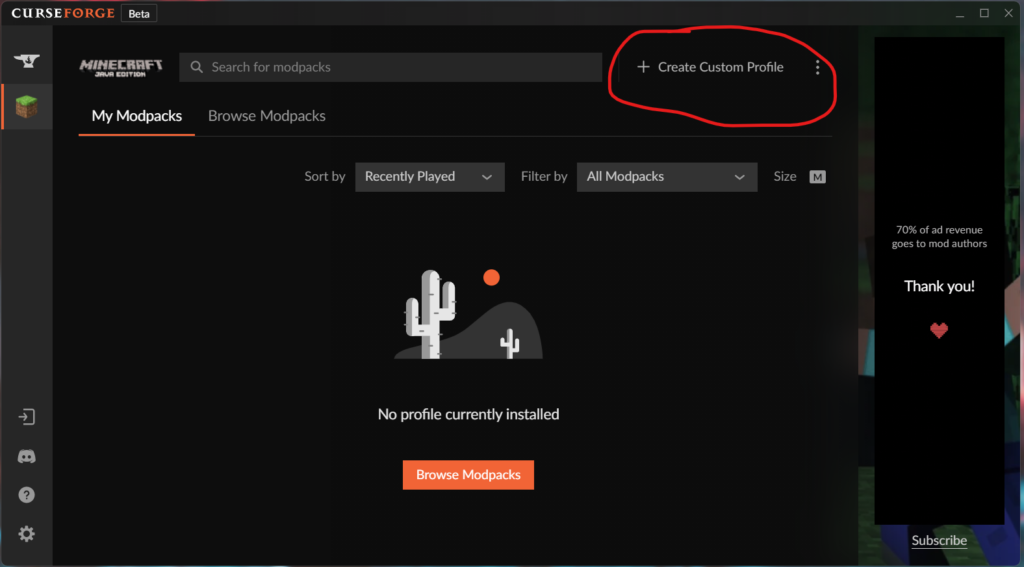 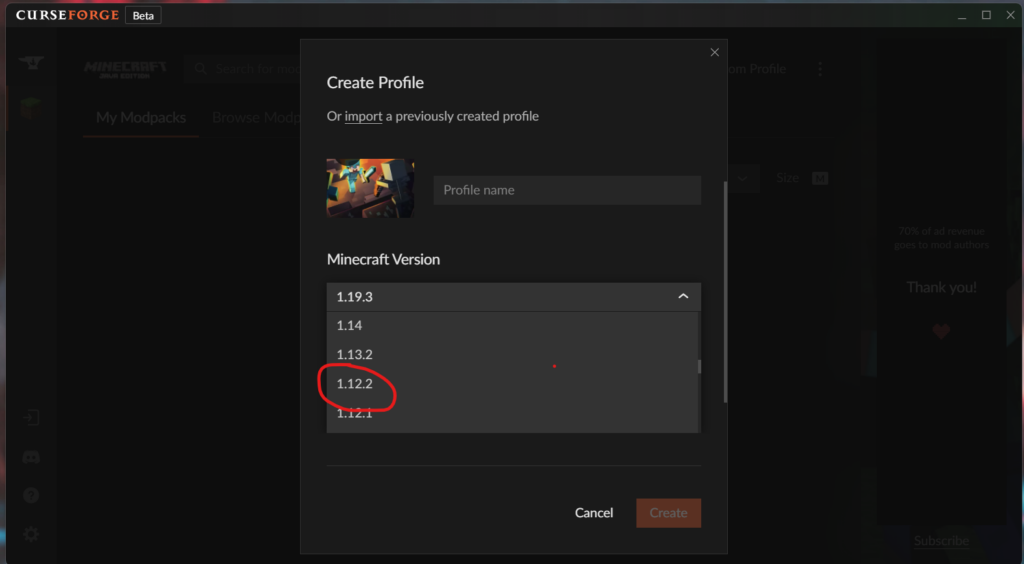 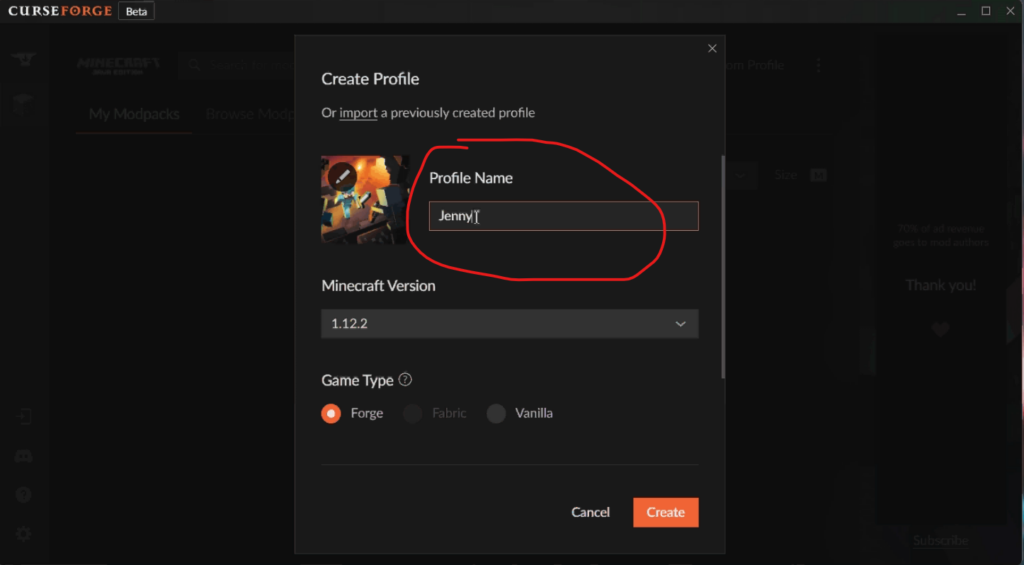 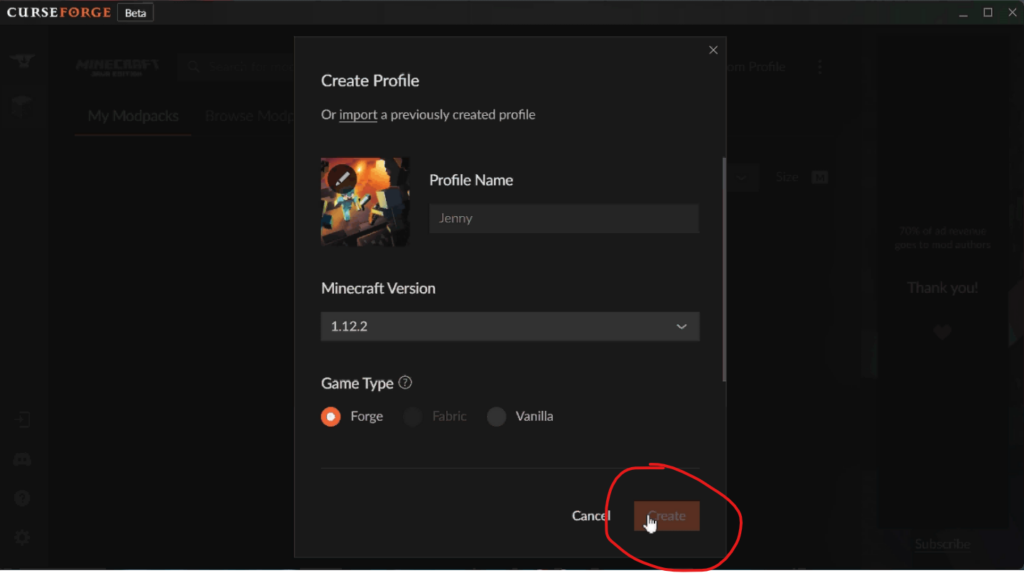 The profile will appear on your CurseForge dashboard.

Step 7: Click the profile on the Dashboard (Jenny in my case). 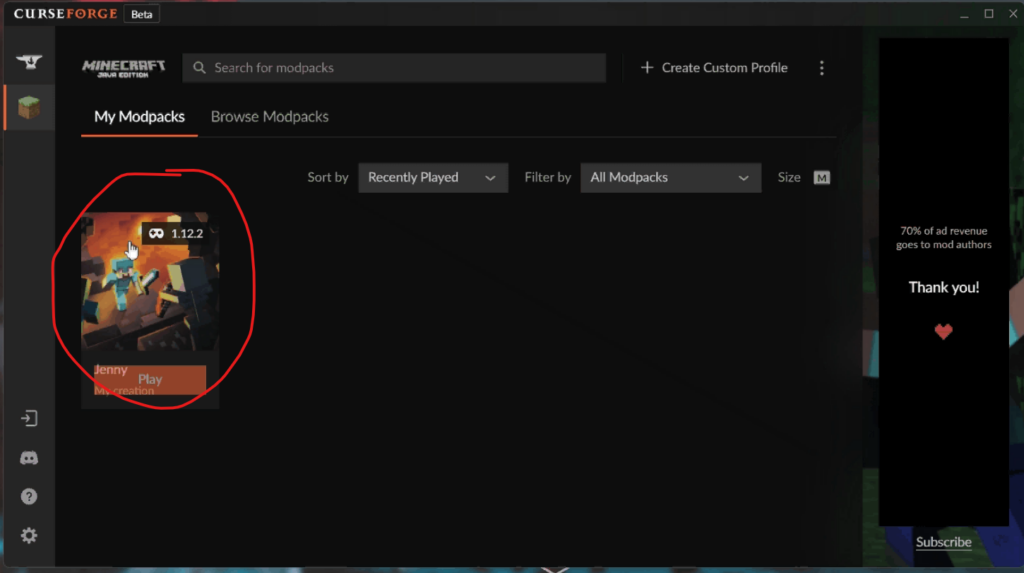 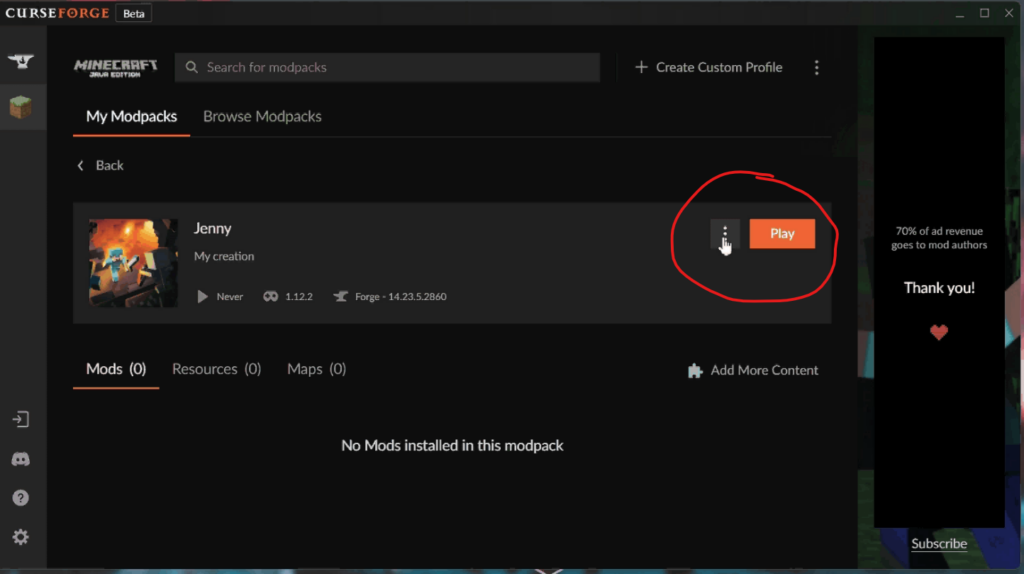 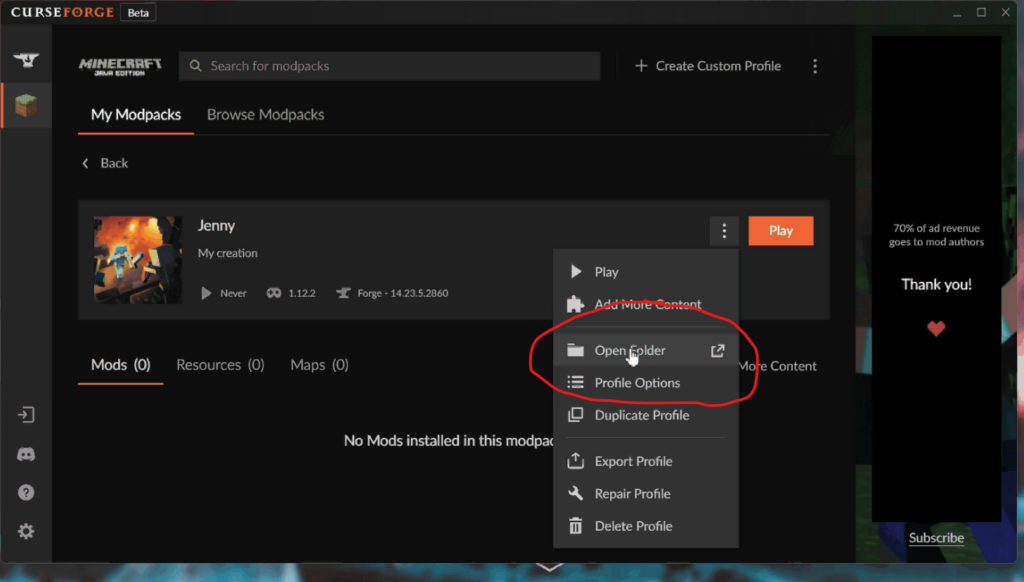 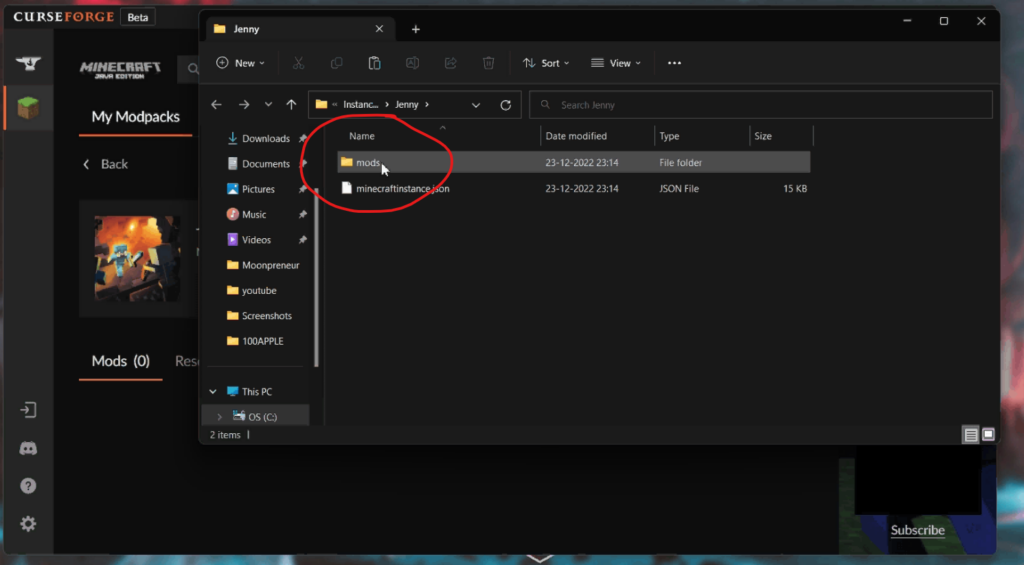 Step 11: Select the Jenny mod files and drag or paste them here.

Step 12: Now go back to the CurseForge dashboard to see Jenny’s mod below “Installed Mods.” 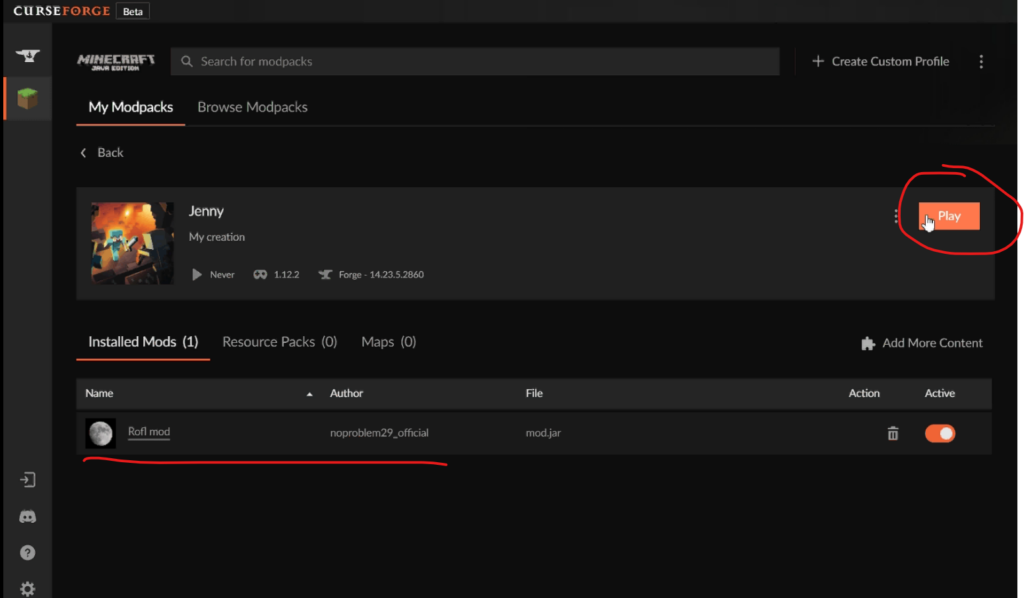 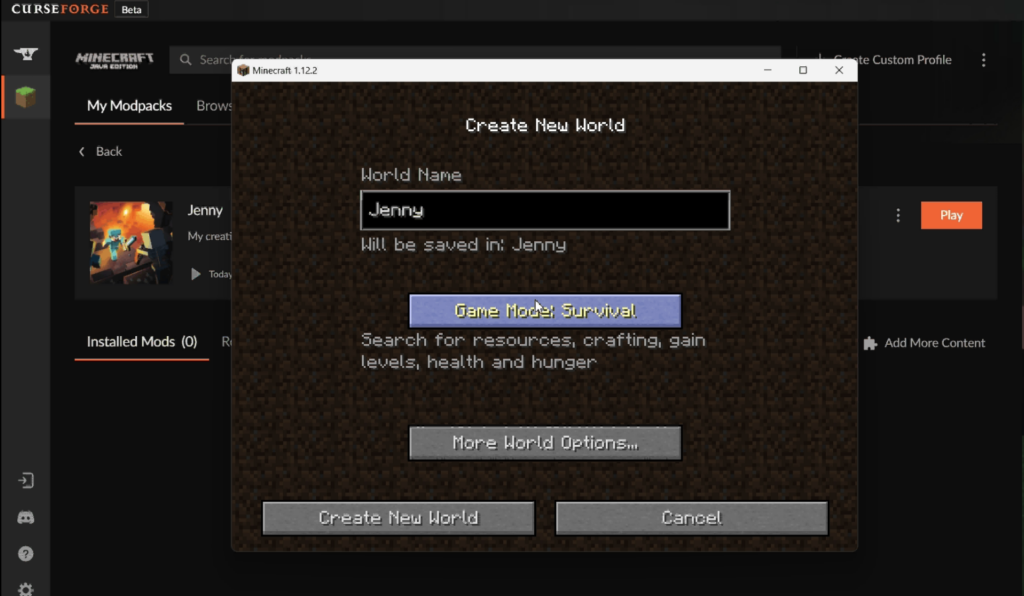 Who is Minecraft Jenny?

Jenny is an exciting fictional character that was created by Slippery Tum, a developer, working for Minecraft Group. You can think of Jenny as your virtual girlfriend. The bright side of this game is that you can accompany her on dates and present her with jewelry like diamonds, gold, and emeralds.

Thus,  people, who are unable to share their feelings publicly, can take it as a good way to interact with their girlfriend even if it’s through a game. You can always locate Jenny mod in a pointed roof structure.

The next thought that must be revolving around your mind would be what are the special abilities endowed by Jenny?

Jenny is a virtual girlfriend in the game, but adult interactions are replicated. However, it should be mentioned that this update is unapproved and not suitable for use at work (NSFW). Additionally, it is categorically inappropriate for kids due to the player and Jenny engaging in simulated adult actions.

How does Jenny get the armor in Minecraft?

After the introduction of the Minecraft group now is the time to reveal the information regarding the Minecraft Jenny mod, for which you are waiting eagerly.

Moreover, only the PC version of the game has access to the mod. Therefore, there is no chance of exposure from PlayStation, Xbox, Android, or iOS users. However, the mod, which runs in a “creative” mod, is rapidly gaining popularity.

Minecraft is a great worldwide platform that offers gamers a creative space to dive into their fantasy world. It was created by Markus“ Notch” Persson in the Java programming language in 2009.

However, it was officially released in November 2011. In order to amplify the performance and overall game experience, many mods are introduced by Minecraft.

One thing to be noted here is that there are a lot of mods for Minecraft, but most are accessible for the Java Edition.

In conclusion, it can be said that the Jenny mod in Minecraft gives the player various advantages in having an in-game girlfriend. However, it’s important to keep in mind that this mod is only for adults and is not open to those below 18 years.

Hence, if you are an adult and interested in this mod, you can easily download it from CurseForge or wminecraft.net.

To offer your kid learning that will enhance their knowledge related to the creation of these adventurous and cool games, visit Moonpreneur’s website and explore our various uniquely curated programs related to Game Development, Robotics, Advanced Math, and App Development.

Moonpreneur is also offering a free $10 Minecraft e-gift card for attending their game development or robotics trial class for kids between ages 8-15 years.

Minecraft
How To Go Into Creative Mode In Minecraft?
Minecraft is a beloved game among players of all ages and skill levels. One of the game’s most...
Read More
Gaming
5 Things To Do In Minecraft
Minecraft is an incredibly versatile game that offers endless opportunities for creativity and adventure....
Read More
Gaming
Roblox vs Minecraft- Which Is Better?
When it comes to gaming, Roblox and Minecraft are two of the most trending platforms. The two gaming...
Read More
Subscribe
7 Comments
Oldest
Newest Most Voted
Inline Feedbacks
View all comments

A very detailed and excellent guide to Jenny mode

This is a good tutorial for Minecraft Jenny Mod (Virtual Girlfriend): All You Need to Know in 2023 Windows systems. Can we also install it on the Mac system?

The blog is detailed and helpful.

A fascinating step-by-step guide. The detailed instructions make it simple to understand and apply.

How is Jenny mod different from other mods in Minecraft?

Great article, I enjoyed reading about the different ways to customize my Minecraft experience with mods. Can’t wait to try out some of the suggestions!