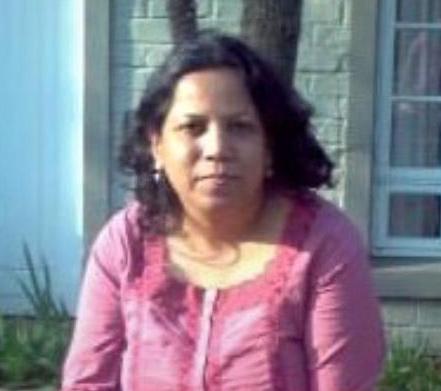 Why Should Your Kid Study Robotics Today? 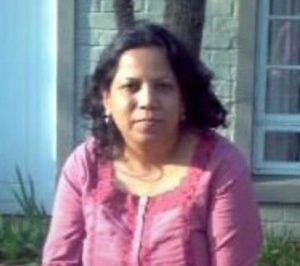 Why Should Your Kid Study Robotics Today?

Preparedness for the future must be the top priority while planning your child’s education. Robotics can prepare children for the AI-dominated future that would be technologically advanced than the present that has already revolutionized the world with AI, driverless cars, robots, etc.

Automation has affected the job market, so much so that it has altered the definition of key competencies. Creative thinkers, problem-solvers, innovators, and entrepreneurs would rule the future. Robotics plays a crucial role in developing these skills in children.

Robotics is about hands-on learning, and apart from developing futuristic skills, it also enhances concentration and attention levels in children. Robotics could be an optimum preparation for a child to seal the future. In the current day and age, it has become crucial to prepare children for the future of jobs.

Futuristic technologies like robotics, play an important role in doing this, and can not only be fun learning but could also be a great way to get your child future-ready.

Will robots become our bosses? Will robots take up our jobs? The answer is, yes.

It would be safe to say that if not all, robots will take over a big chunk of jobs from humans. In fact, they have already made several jobs redundant. Automation drive is the biggest threat to humankind. These robots have already replaced humans in places like warehouses and call centers. Workers in warehouses are facing higher stress levels to match the efficiency and accuracy of intelligent machines.

Automation started penetrating our lives as automatic machines like washing machines, dishwashers, toasters, vacuum cleaners, etc. But we failed to gauge its long-term effect. Now, they have crossed the boundary of four walls, reached our workspace, and are threatening to take over our jobs as well. According to an article on Built-In., some crucial jobs that robots are carrying are as follows:

The robotics industry, despite facing its challenges, received record investment in 2019; 320 investment and 77 acquisition deals involving robotics and robot-related companies were completed. The total yearly value of all private-sector deals was a staggering US$46 billion, according to ABI Research.

The ABI Research revealed that of the $46 billion spent, a total of US$17.8 billion went to acquisitions and a further US$29 billion went into investments. The lion’s share of investment funding focused on autonomous passenger vehicles (APV’s), surgical robotics, and warehouse automation, comprising 82% of total investments.

The most vulnerable jobs are those in office administration, production, transportation, and food preparation. Such jobs are deemed “high risk,” with over 70 percent of their tasks potentially automatable, even though they represent only one-quarter of all jobs, according to a study by nonprofit public policy organization Brookings Institution.

According to the Boston Consulting Group, more than $67 billion will be spent worldwide in the robotics sector by 2025, compared to only $11 billion in 2005.

So, the fear that machines will replace humans for many jobs has become a reality. The facts and figures are not creating a rosy picture for our children. So how do we combat robots? By honing their superhuman reasoning skills. How can we start mentoring children for the same?

It’s obvious our tomorrow hinges on technology. So, if we want our children to be future leaders and solution providers, a keen interest in STEM (Science, Technology, Engineering, and Mathematics) fields is essential. Robotics could be a stepping stone into the STEM world.

Robotics activities work as a catalyst in generating interest in STEM-related tasks and logic-building skills. An interest in STEM subjects helps in boosting confidence.

Robotics is the study of robots. Robots are machines that can be used to do jobs. Some robots can do work by themselves. Other robots must always have a person telling them what to do: NASA

A report by HolonIQ, a leading market intelligence platform that provides data and analysis of developments in the global education market, helps in answering this question. HolonIQ report reveals robotics in education is currently a $1.3B market, set to grow to $3.1B by 2025. As governments increasingly mandate STEM in K12 curriculums, companies are positioning themselves to offer ‘full-stack’ solutions. 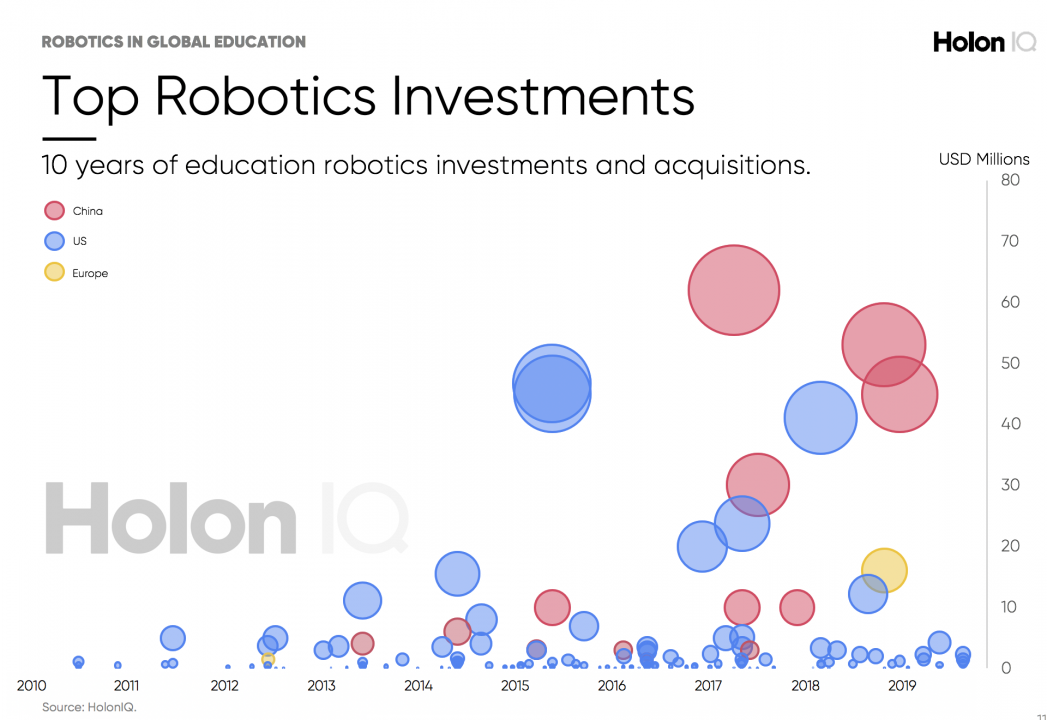 The secret behind the popularity of robotics is that it is the easiest way to lead children into the world of technology because the process of designing and building robots enthralls them and motivates them to dig deeper into the world of science and technology.

HolonIQ highlights three defining characteristics of robotics – they are mechanical in construction, contain electrical componentry, and are programmable. Therefore, when children learn robotics, they are exposed to various types of designs including physical design of structures and mechanisms and computational design.

Academics and other activities keep children so occupied, they hardly get time to explore the futuristic streams. So, a tryst with robotics could be the best way to step into the world of technology. It can ignite a passion for STEM learning and it is the easiest way to find out your child’s aptitude for technology.

In 2020, there were 12 million robotic units on the planet, and that number will only grow. Learning robotics provides youngsters with a set of abilities that will prepare them for the future job market. They also develop a skill that benefits them not just in their professional lives, but also in their daily lives. Children in the twenty-first century must punch above their weight and be technologically prepared.

2. A Fun Way to Introduce Children to Programming

Programming is a complex subject. It can be mind-boggling for children if imposed on them. But robotics is fun and engaging. It is the easiest way to introduce children to programming. Well-developed robotics programs make Science and Math learning interesting by connecting it to the actual world.

Furthermore, programming is a valuable talent to have for the future of work and employment. Programming is a tiresome and difficult subject to teach to children, but robotics makes it more accessible. Children build actual robots, learn robotics, and see for themselves what may and may not go wrong, as well as how to write precise instructions for a robot to work.

The hands-on activities facilitate children in understanding how the technology works. It enhances their creative thought process and helps them in becoming innovative thinkers.

Robotics for kids is a space where they may freely express themselves while also triggering their creative minds. Children like participating in activities that allow them to feel in charge of a project. They learn how to discuss ideas and put machines together using a variety of kits.

Children often encounter hurdles while performing activities, but it also encourages them to remove those hurdles to complete the task. This simple act ushers them into the act of problem-solving.

A solution is required while solving a problem. Similarly, robotics, which is a complicated and challenging discipline with many different paths that can be pursued at any one time, is a field that requires tenacity to get to the conclusion of a challenge and achieve the desired result. Students can develop this aspect of their problem-solving skill set by participating in robotics.

Robotics activities make children aware of the future and motivate them to prepare for the future. When they spend more time with technology-based learning, they learn more about the advancement in the world of Artificial Intelligence (AI)-based Robotics. The experience enriches and empowers them.

The future will witness an upward demand curve for the skilled technical workforce therefore exposing children’s interest to STEM subjects becomes mandatory and robotics is the best to introduce them to technology.

You don’t have to travel far to find the right robotics learning platform for your children. It’s just a click away. The growing EdTech sector offers multiple digital entry points into robotics for kids. Most of the programs are structured to suit the children’s interests.

Educational institutions have taken significant steps toward making robotics an integral element of global schooling curricula. It is critical that we consider the future, and the future is technology. As a result, we must prepare our students for the future workforce’s difficulties and foster an environment in which they may thrive and acquire a formidable skill set. Innovators and thinkers who can create are needed in the future. As a result, there is a pressing need for children to learn robotics.

One of the emerging names in the industry is Moonpreneur.  Its four-staged-Innovator Program has helped in carving a niche for itself. Its outcome-based hands-on learning is its USP. The program is a beautiful amalgamation of learning and fun where the learning tools include fun activities and games. To experience their Robotics offering, you can book a 90-min free trial as well. Witnessing the rapid growth in the technology sector, it’s important to develop children’s interests and skills in technology. Robotics is the way out.

Why Is Everyone Obsessed With Scratch Programming?

Why Scratch Coding for Kids Is The Need of Hour

Top 8 Summer Camp Activities You Can Try at Home