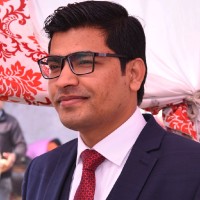 How To Get Into The Ivy League School [2023 Guide]

As a parent, your goal is to provide the best opportunities for your children, including their education. One way to ensure their success is by helping them gain admission to prestigious universities, such as Ivy League ones. These institutions have been recognized as leaders in higher education for over a century.

The Ivy League is a group of eight prestigious private universities in the Northeastern United States. They are known for their rigorous admissions, academic excellence, and career opportunities for graduates.

These universities and their rankings are –

As depicted in the table, acceptance rates for Ivy League universities are highly competitive, with rates under 10% as of fall 2021.

How hard is it to get into an Ivy League school?

Getting into an Ivy League school can be very competitive, as these institutions have highly selective admissions processes. The acceptance rate for Ivy League schools is typically around 5-10%, which means that only a small percentage of applicants are admitted.

Factors that are considered in the admissions process include academic achievements, extracurricular activities, test scores, essays, and letters of recommendation.

It’s also important to keep in mind that Ivy League schools also look for diversity in their student body, so they also consider factors such as race, socioeconomic status, and geographic origin.

What is the easiest Ivy League school to get into?

It’s difficult to say which Ivy League school is the easiest to get into, as all eight schools’ admissions process is highly competitive.

However, it is important to note that even though these schools have slightly higher acceptance rates, it still means that only a small percentage of applicants are admitted.

Can an average student get into Ivy League?

These institutions look for students who are not only academically strong but also well-rounded individuals with various extracurricular achievements and unique perspectives.

It’s also worth noting that while having a high GPA and test scores will increase the chances of getting into an Ivy League school, it’s not the only factor they consider.

Is it hard for Indians or other sub-continent students to get into Ivy League?

It can be challenging for Indian and other South Asian students to get into Ivy League schools, as the admissions process is highly competitive and the pool of applicants is large. However, it is not impossible for these students to be admitted.

It’s worth noting that many Ivy League schools are looking for diversity in the student body, so they also consider factors like race, socioeconomic status, and geographic origin. Indian and South Asian students can highlight their unique cultural and personal experiences in their application to showcase their diversity.

How to get accepted into an Ivy League school?

Now is the time to answer the most critical question. Below are some of the steps that your child can take to increase their chances of being admitted:

Ivy League schools are looking for students who are academically strong and have a track record of success in their classes.  This means earning good grades, taking challenging courses, and having high test scores.

2) Get involved in extracurricular activities

Ivy League schools want to see you as a well-rounded student passionate about something. This could be through extracurricular activities, volunteering, internships, or independent research.

For example, Moonpreneur’s Innovator Program helps students rise above other applicants.  The program thoroughly addresses the need for extracurricular activities to help build a foundation for writing stellar resumes for college admission.

The personal essay is an important part of the application and allows you to showcase your personality and unique experiences. Take the time to think about what makes you different from other applicants and how you can show that in your essay.

4) Seek recommendations from teachers, counselors, and other adults who know you well

Recommendations can provide valuable insight into your character, work ethic, and potential for success.

5) Highlight your unique experiences and diversity

Ivy League schools are looking for students with a variety of perspectives and experiences. If you come from a diverse background or have had unique experiences, be sure to highlight that in your application.

Early decision programs are binding, meaning that if you are accepted, you must attend that school, which makes the process slightly more competitive, but increases the chances of getting admitted.

It is important to take the most challenging coursework available and achieve high grades. A high GPA, typically a weighted 4.0, and a strong showing of AP, IB, or Honors classes can demonstrate that an applicant has the academic ability and drive to succeed at a top university.

What SAT/ACT Scores do you need for Ivy League Schools?

To be competitive for admission to an Ivy League school, it is important to achieve high scores on the SAT or ACT. A “good” score for the Ivy League would typically be no less than 1400 on the SAT or 30 on the ACT.

It is important to note that these are just general standards and the actual cut-offs for these scores vary from year to year depending on the applicant pool, university policies, and other factors.

How can Moonpreneur help your child in college admission and become ready for IVY League colleges?

Through instructor-led classes, students will gain hands-on experience starting from the foundation to the process of prototyping a product and then marketing it. This program helps students to become proficient in the practical aspects of innovation and entrepreneurship.

The personal statement and supplemental essays are an essential part of the college application process. Moonpreneur’s Innovator program focuses on helping students to develop the necessary soft skills and creative writing abilities to craft compelling essays.

This skill set is not only useful for the college admission process but also continues to benefit students in their future writing endeavors.

To know how we can help your child in their entrepreneurship and college journey, book a free workshop today!