Exploring the Role of Dopamine, the Brain’s Reward System, in Gaming Addiction

The world is concerned about game addiction, and alarming data suggest that 3-4 percent of gamers worldwide are addicted to video games, implying that up to 60 million or more are suffering. Few people realize, however, that addiction has infiltrated our minds deeper than we can imagine.

Dopamine is an important neurotransmitter in the brain’s reward system. It helps to regulate motivation, pleasure, and reward-motivated behavior. Dopamine is released in the brain when we engage in pleasurable activities or achieve a reward, resulting in feelings of pleasure and motivation to repeat the behavior.

This is why dopamine is known as the “feel-good” chemical. 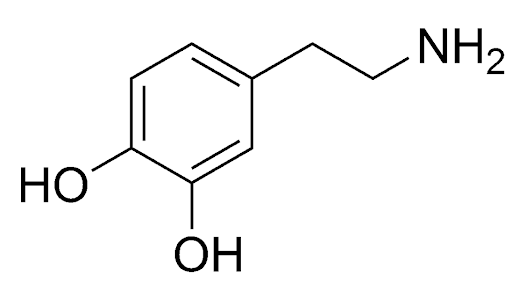 According to Dr. Kanojia’s theory, a Harvard-trained addiction psychiatrist and founder of mental wellness company called Healthy Gamer, the attraction to excessive gaming is linked to the release of dopamine in the brain.

Individuals who engage in an activity, such as gaming, in order to continually experience the pleasurable effects of dopamine release, may develop an addiction to activities like gaming.

In the long run, the brain’s reward system, driven by the release of dopamine, can lead to compulsive engagement in the activity, making it difficult for the individual to stop.

Video games are enjoyable because they engage the brain in a way that leads to the release of dopamine.

He says, a gamer progresses through three distinct stages

Fun: Initially, playing the game is a positive experience, becoming more enjoyable the more one plays. You want to keep playing it for months and years. However, as regular gaming continues, the brain adapts to the consistent release of dopamine, creating a state of equilibrium. So, in the early gaming stages, our bodies haven’t acclimatized to the dopamine release, so it feels fun.

Tolerance: In this stage, you develop tolerance to the constant flow of dopamine, and as a result, the game becomes less enjoyable. This stage of gaming is not as enjoyable as the initial stage as it may not elicit the same level of pleasure, but it can provide a sense of relief from negative emotions.

For instance, if an individual is feeling stressed, frustrated, or irritated, playing games may offer a temporary escape from these feelings.

This illustrates how gaming can initially provide a positive experience in the first stage, but shifts towards providing a coping mechanism for negative emotions in the second stage.

It gives you a positive motion in the first phase and helps you get rid of negative emotions in the second phase.

Biological addiction: If people continue to engage in gaming enter a third stage characterized by true biological addiction, in which the activity no longer provides relief from negative emotions and no pleasure. Individuals feel trapped in the habit because they do not enjoy it but are unable to stop playing it.

This is an obvious sign of biological addiction. It indicates that the addiction has progressed to the point where the brain’s normal homeostasis mechanism is unable to balance the impact of excessive dopamine release.

What happens in the brain after the third stage?

When we play games, dopamine is released in the nucleus accumbens region of the brain. However, as the brain becomes accustomed to this release, its sensitivity to receiving that dopamine signal decreases.

The brain adapts to the consistent release of dopamine, requiring more activity to achieve the same level of pleasure.

Recommended Reading: Why is Fortnite a Highly Addictive Game of All Time

Number of games released on Steam worldwide from 2004 to 2022 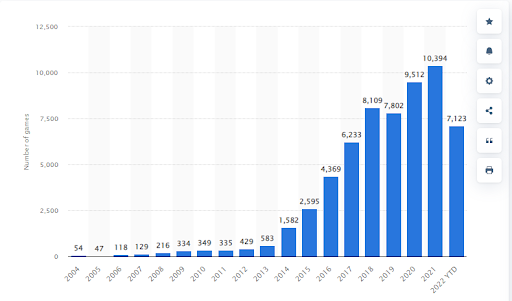 With the increasing number of video games being released each year, it is becoming increasingly difficult for people to avoid being drawn to the gaming world.  In the first eight months of 2022, 7,123 titles were released on Steam, an online gaming platform.

There are several strategies that can be used to help control dopamine and gaming addiction:

Limiting the time you spend gaming can help reduce the amount of dopamine released in response to the activity, making it less pleasurable and thus easier to limit or stop. It will also be beneficial to keep track of your gaming indulgences, such as time and money spent on gaming, as well as how you feel before and after you play. 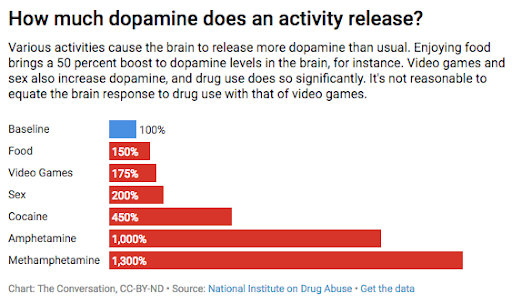 The World Health Organization (WHO) officially recognized video game addiction as a mental health disorder this year. As a result, it is advised that you consult a therapist for treatments such as cognitive behavioral therapy CBT, a type of mental health counseling that teaches you how to replace thoughts about gaming in order to change behavior.

People often develop a pattern of behavior related to their addiction; breaking the pattern, such as avoiding triggers or taking a break from gaming at specific times, can help reduce the addiction.

Taking part in Other dopamine-releasing activities, such as exercise, socializing, or pursuing hobbies, can help to satisfy the brain’s dopamine need and reduce the desire to game.

Joining a support group or an online forum can help build accountability and provide a sense of community, both of which can be beneficial in overcoming addiction.

It’s important to note that everyone is different, and what works for one person may not work for another, so it’s a good idea to try a combination of different strategies to find what works best for you.

Moonpreneur understands the needs and demands this rapidly changing technological world is bringing with it for our kids and thus we are on a mission to educate and ignite the flames of entrepreneurship through our holistically created online STEM programs which will help kids master the futuristic sciences such as Robotics, Game Development, App Development, Advanced Math and much more!!

Encourage your child to be a game creator instead of game consumer by enrolling them in a free game development and coding workshop.