Caitlyn League of Legends: All You Need To Know

“League of Legends” (LoL) is a popular multiplayer online battle arena (MOBA) video game developed and published by Riot Games. In this blog, we will learn about the character of Caitlyn in detail.

Get a Free $10 Minecraft E-Gift Card by Enrolling in our Workshop on Robotics or Game Development.

Who is Caitlyn in the League of Legends?

Caitlyn is a character in the game who is a ranged champion and is known as the Sheriff of Piltover. She is an ADC (Attack Damage Carry) champion and is known for her ability to inflict high damage with her ranged attacks and for her traps, which can be used to control the battlefield and protect allies.

Caitlyn is a marksman champion who excels at taking out enemy champions and objectives from a distance, and she is often played in the bottom lane of the map.

Abilities of Caitlyn in the league of legends

1. Piltover Peacemaker: Caitlyn fires a shot that deals physical damage to the first enemy it hits. If the shot hits a target at a long-range, it will deal bonus damage and slow the target for a short duration.

2. Yordle Snap Trap: Caitlyn places a trap on the ground that, when triggered, slows and damages the first enemy champion to walk over it.

3. 90 Caliber Net: Caitlyn fires a net that knocks her back a short distance and slows the first enemy champion it hits.

4. Ace In The Hole: Caitlyn charges up a powerful shot that deals a high amount of physical damage to a single enemy champion. The shot is unblockable and will pass through minions and monsters.

5. Headshot: Caitlyn’s basic attacks and Piltover Peacemaker shots will periodically mark enemy champions and minions. When she attacks a marked target, the attack will deal bonus damage and refresh the duration of the mark.

Caitlyn Strengths in league of legends

1) High damage output: Caitlyn’s basic attacks and abilities deal a lot of damage, making her a formidable opponent in both the early and late game.

3) Crowd control: Caitlyn’s abilities allow her to stun or slow enemies, making it easier for her and her team to initiate fights or pursue enemies.

4) Map control: Caitlyn’s ultimate ability, Ace in the Hole, allows her to shoot a long-range, piercing shot that can take out a single enemy champion. This can be useful for taking out enemy champions who are hiding in the jungle or in other hard-to-reach places on the map.

5) Strong laning phase: Caitlyn is a strong laner and can often out-trade her opponents in the early game, giving her an advantage in the lane.

Overall, Caitlyn is a strong champion with a lot of damage potential and the ability to control the battlefield from a distance.

Caitlyn Weakness in league of legends

1) Lack of mobility: Caitlyn has no innate mobility abilities, which means she can be easily caught out by champions with gap closers or crowd control abilities.

2) Susceptible to being bullied in the lane: Because Caitlyn is a ranged champion, she can sometimes be out-traded by champions with strong early game damage or sustain.

3) Dependent on landing skill shots: Caitlyn’s abilities require precise aiming, and if she misses, she can lose a lot of damage potential.

4) Weak against champions with sustained damage: Caitlyn’s damage is often bursty, which can make it difficult for her to deal with champions who can sustain their damage over a long period of time.

Caitlyn and Vi’s relationship in League of Legends 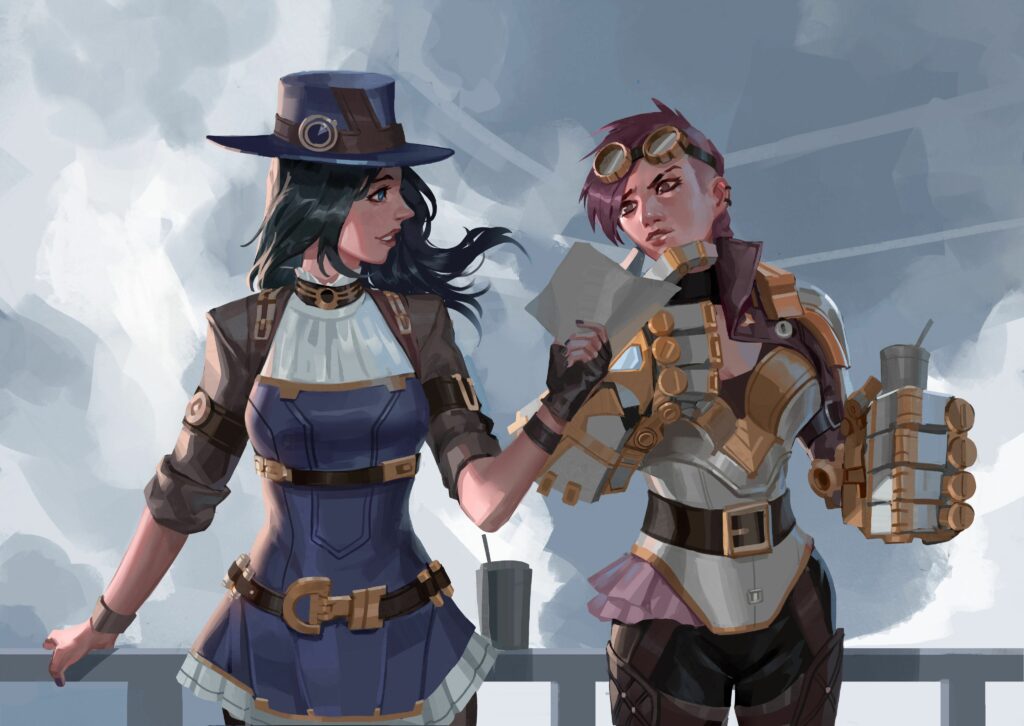 Despite their opposing roles, Caitlyn and Vi have a complex relationship in the game. Caitlyn has made it her mission to bring Vi and other members of the Piltover Enforcer to justice, and the two characters have a history of confrontations.

However, they also have a shared connection through their shared history as members of Piltover’s law enforcement, and they have been shown to have grudging respect for each other’s skills and determination.

It is worth noting that the relationships between characters in “League of Legends” are complex and often multilayered, and the game’s lore is constantly evolving.

Available skin of Caitlyn in League of Legends 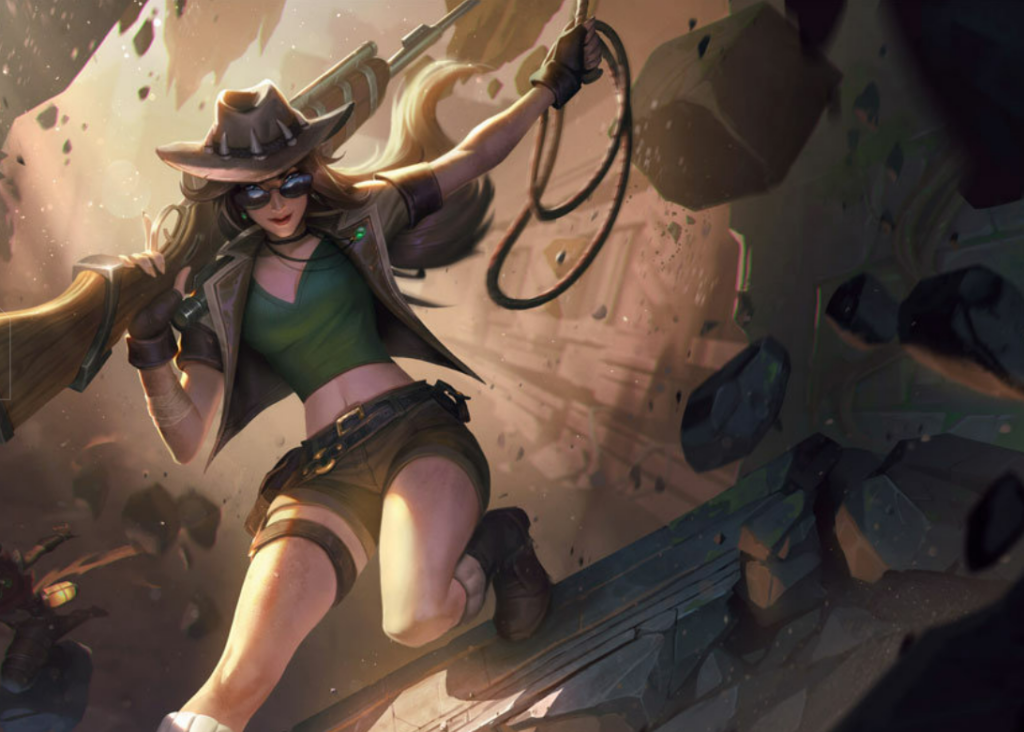 1. Safari Caitlyn: This skin gives Caitlyn a safari-themed outfit and a rifle with a scope. 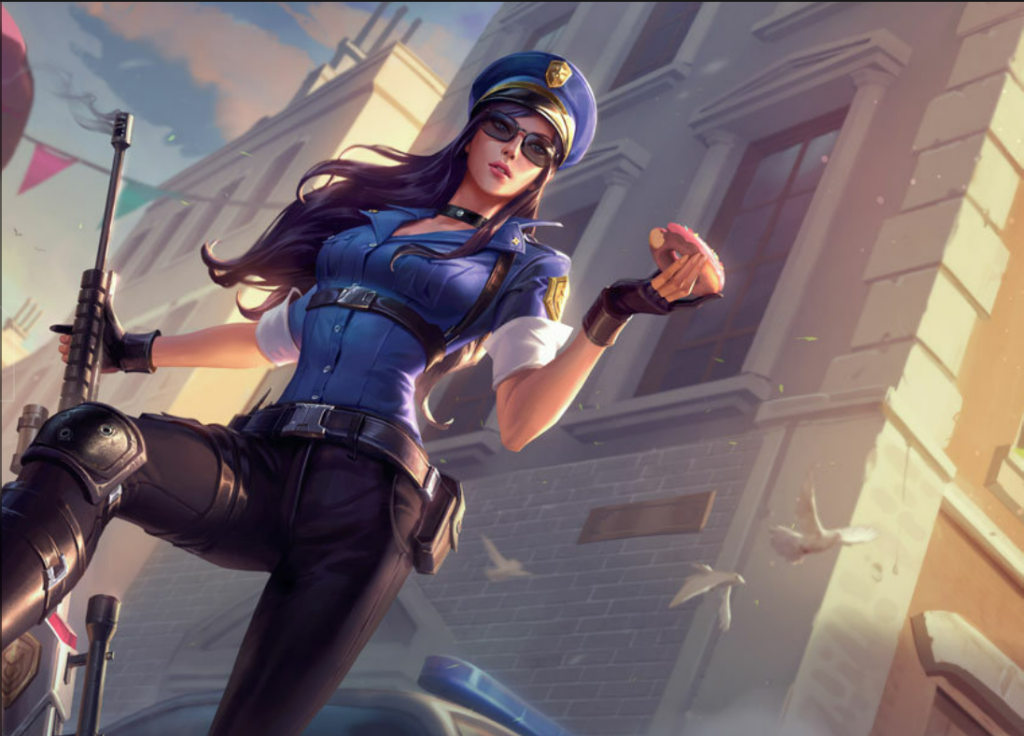 2. Officer Caitlyn: This skin gives Caitlyn a police officer-themed outfit and a pistol.

3. Headhunter Caitlyn: This skin gives Caitlyn a hunter-themed outfit and a crossbow. 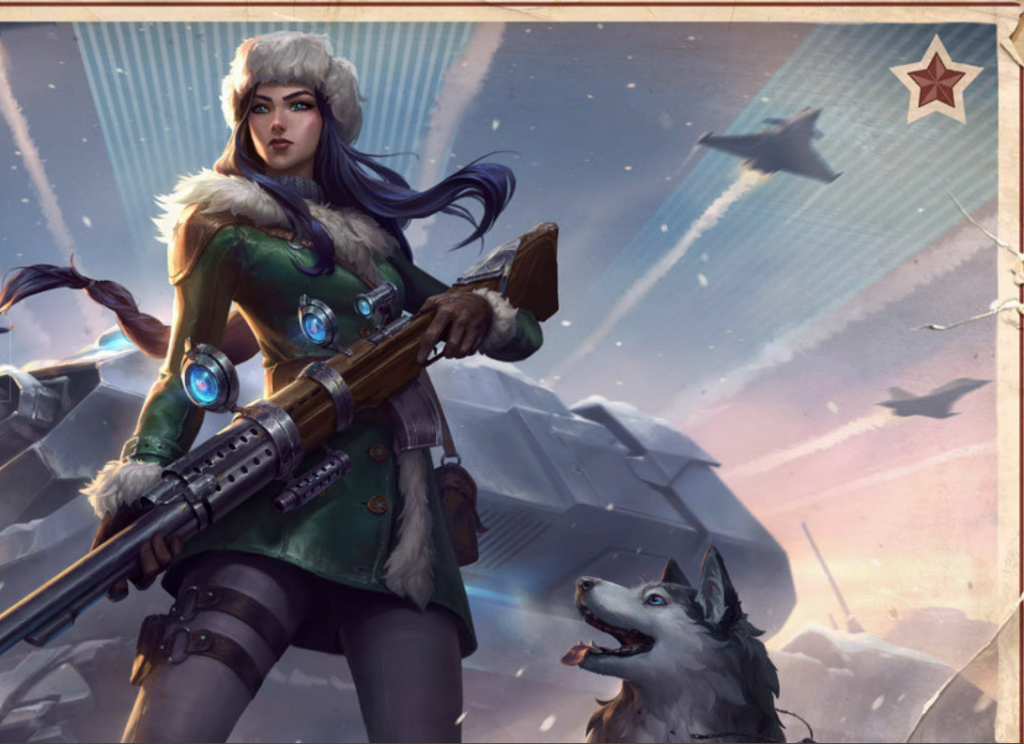 5. Arctic Warfare Caitlyn: This skin gives Caitlyn a winter-themed outfit and a rifle with a scope. 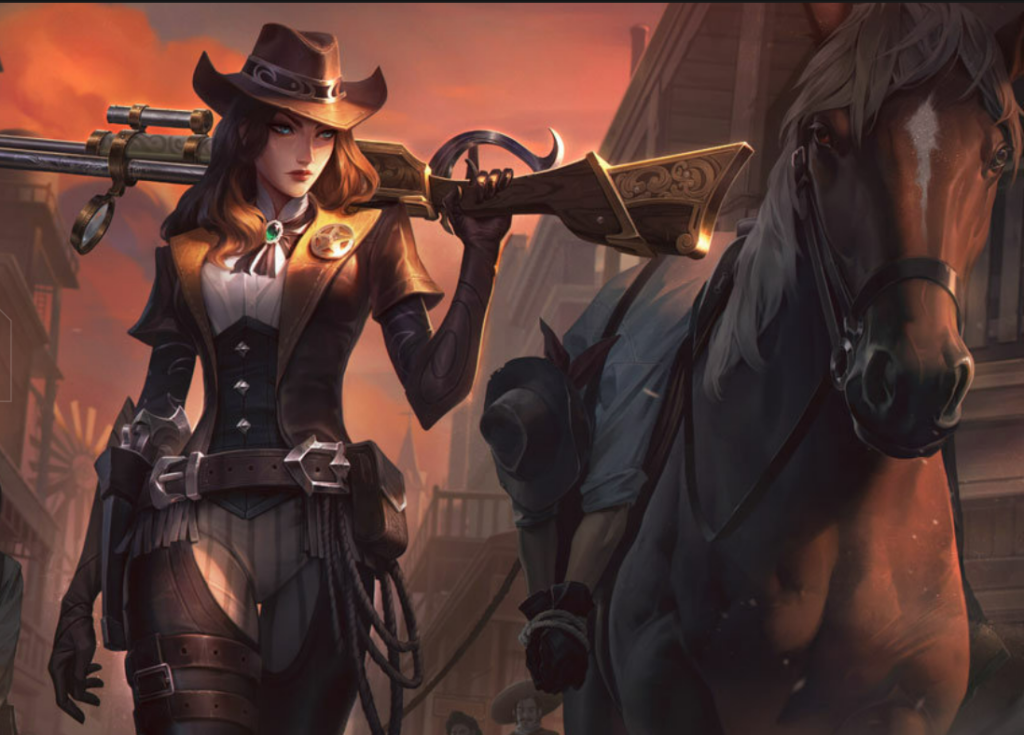 7. Sheriff Caitlyn: This skin gives Caitlyn a western-themed outfit and a revolver.

8. Gothic Caitlyn: This skin gives Caitlyn a gothic-themed outfit and a pistol. 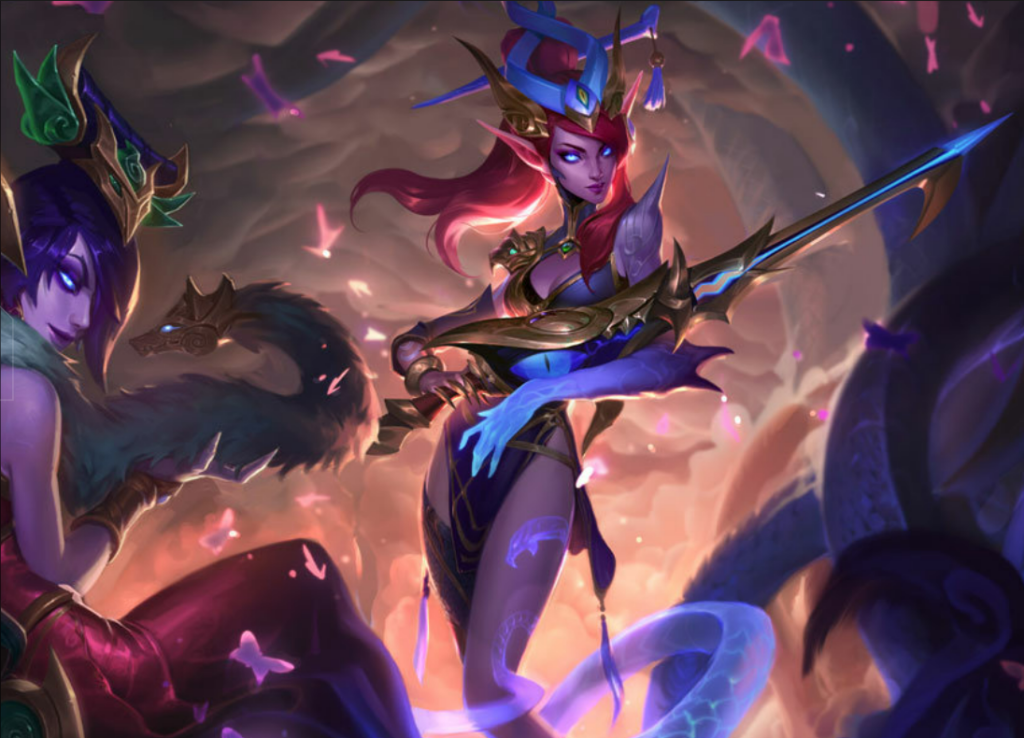 9. Lunar Wraith Caitlyn: This skin gives Caitlyn a lunar-themed outfit and a rifle with a scope.

To offer your kid learning that will enhance their knowledge related to the creation of these adventurous and cool games, visit Moonpreneur’s website and explore our various uniquely curated programs related to Game Development, Robotics, Advanced Math, and App Development.

Moonpreneur is also offering a free $10 Minecraft e-gift card for attending their game development or robotics trial class for kids between age 8-15 years.

Gaming
5 Things To Do In Minecraft
Minecraft is an incredibly versatile game that offers endless opportunities for creativity and adventure....
Read More
Gaming
Roblox vs Minecraft- Which Is Better?
When it comes to gaming, Roblox and Minecraft are two of the most trending platforms. The two gaming...
Read More
Gaming
How to Make a Torch in Minecraft?
Making a torch in Minecraft is an easy way to light up your world and add some atmosphere to your surroundings....
Read More
Subscribe
1 Comment
Oldest
Newest Most Voted
Inline Feedbacks
View all comments

Gothic Caitlyn Skin? What on earth are you talking about?? I’ve not heard nor seen anything about that one. Also… where are you getting your info regarding Cait and Vi’s relationship? Confuuuused by this article!