Houston is the largest city in the state of Texas and the fourth-largest city in the United States. The city has a diverse population and is a melting pot of cultures. Thus it can become difficult to decide upon one perfect school district for one’s kids in Houston.

Moonpreneur brings you a curated list of school districts in Houston with an analysis of several parameters done by our experts to ensure you make a wise choice for your child’s future!!

The Katy Independent School District (KISD) is located in the Katy, Texas area, a western suburb of Houston. The district serves most of the city of Katy, as well as some unincorporated areas in Harris County. KISD has an enrollment of over 80,000 students and operates over 70 schools, including elementary schools, middle schools, high schools, and alternative campuses. 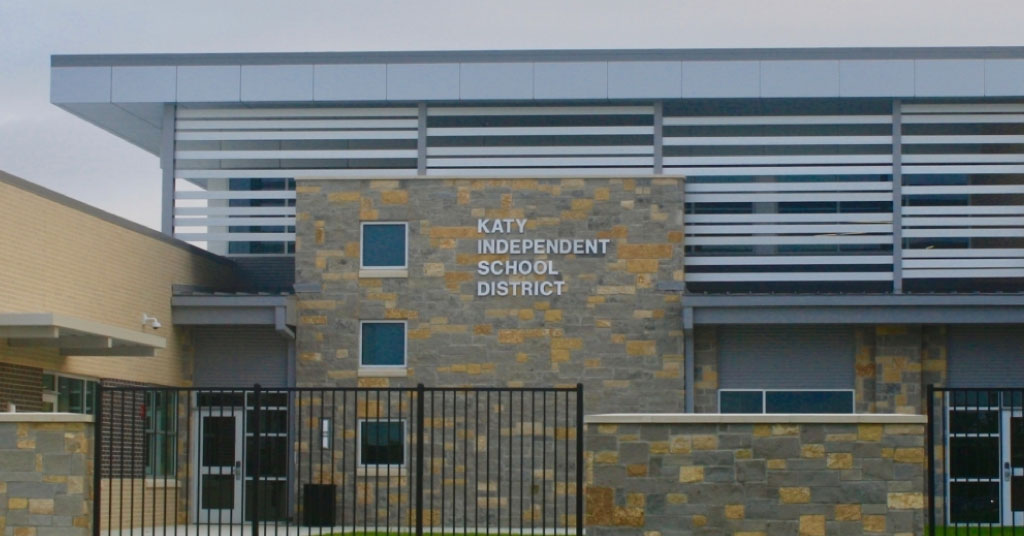 The district also places a strong emphasis on technology, with many of its schools being designated as “Apple Distinguished Schools” and all students in grades 3-12 being issued an iPad or MacBook.

In addition to the academic programs, KISD also offers programs that focus on preparing students for college and career readiness as well as special education services for students with disabilities.

A public school district located in Tomball, Texas, United States. TISD serves students in the city of Tomball and the surrounding areas. The district serves the educational needs of students in the Tomball area, including the cities of Tomball, Pinehurst, and Rosehill. TISD operates 16 elementary schools, 5 middle schools, and 4 high schools, as well as an alternative education center and a technology center. 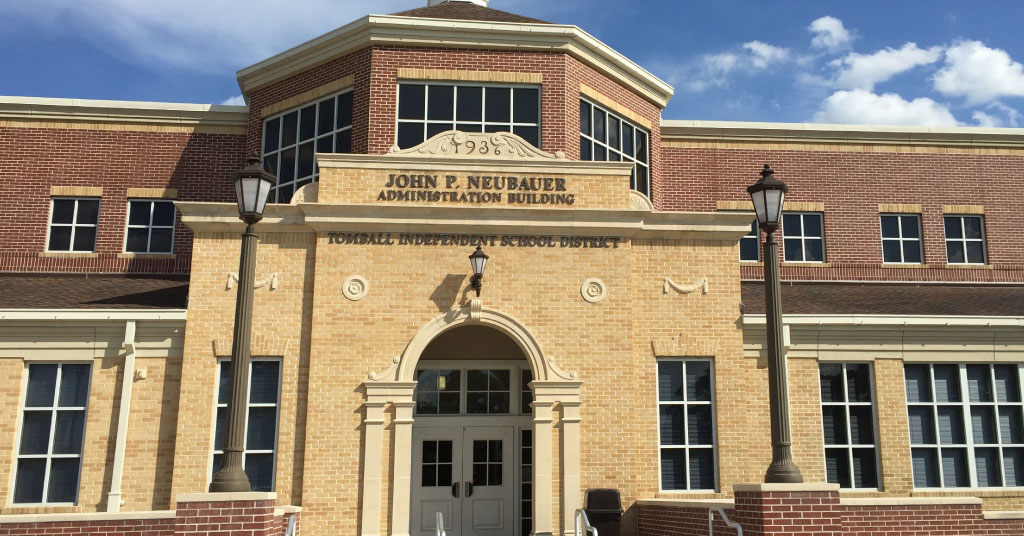 The district also offers a variety of programs and services, such as special education, English as a second language, and gifted and talented education. The district’s mission is to “provide an education that challenges all students to develop their unique potential while building a foundation of knowledge, skills, and values that will prepare them to be responsible citizens in an ever-changing world.” 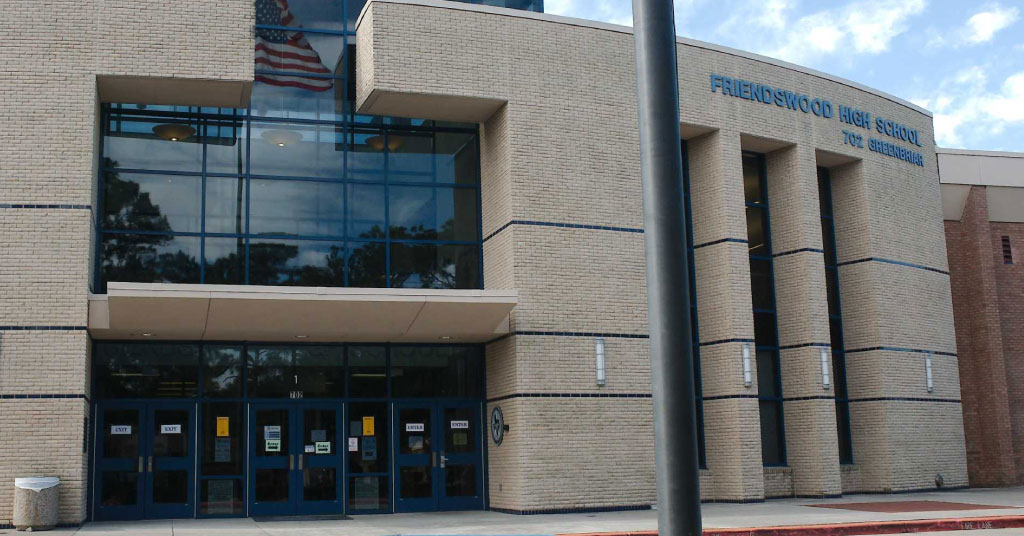 FISD remains committed to providing its students with academic excellence through its wide range of programs and services to support student learning and development, including advanced educational programs, career and technical education, and extracurricular activities. The district also has a strong focus on technology integration and provides students with access to digital resources and tools to enhance their learning experience.

Coming fourth on our list is Pearland Independent School District (PISD), which is a public school district located in the city of Pearland, Texas, serving students in the communities of Pearland, Shadow Creek Ranch, Silverlake, and parts of Manvel. 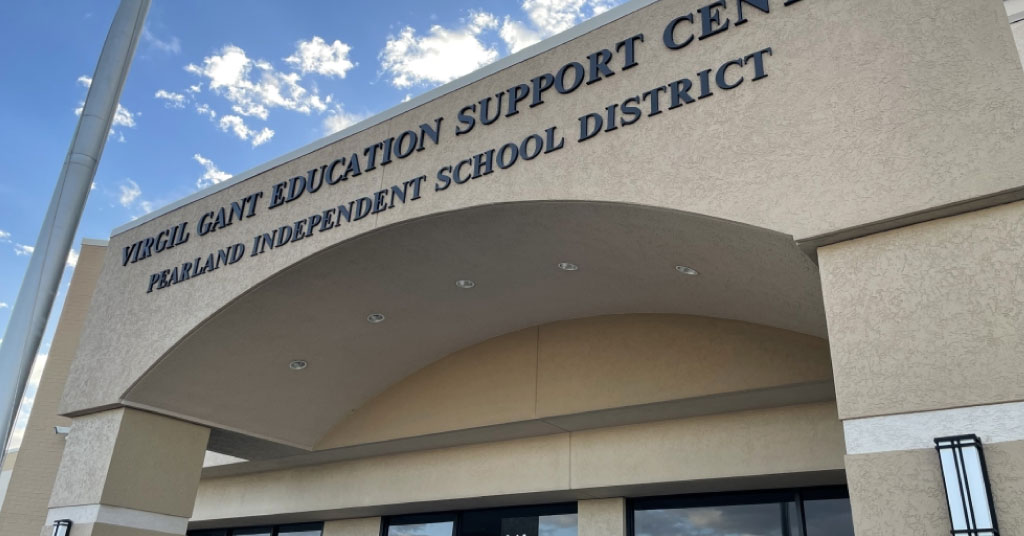 The district operates 20 elementary schools, 7 middle schools, 5 high schools and also offers an alternative education program. PISD is known for its commitment to providing quality education to all students and for its focus on student achievement.

The district offers a wide range of academic programs, including Advanced Placement (AP) and dual credit courses, as well as programs for special needs students. PISD also has a strong focus on extracurricular activities, such as athletics, music, and art, and provides students with access to state-of-the-art facilities and resources. 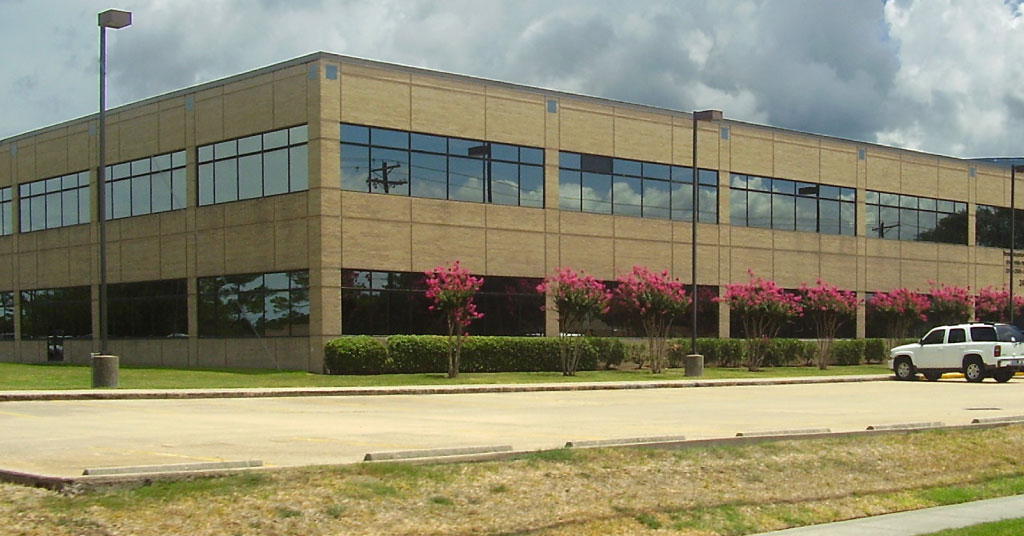 CCISD has a strong focus on both STEM-related programs, as well as visual and performing arts and athletics. The district also offers special education programs for students with disabilities and English as a second language (ESL) programs for non-native speakers.

The district is committed to providing students with the skills and knowledge needed to succeed in the 21st century and empowering each student to reach their full potential to become responsible, productive citizens.

Cypress-Fairbanks Independent School District (CFISD) is a public school district in the U.S. state of Texas. It serves the communities of Cypress and Fairbanks, which are located in the northwest portion of the greater Houston area. The district is one of the largest in Texas, with an enrollment of over 115,000 students across its 63 campuses. 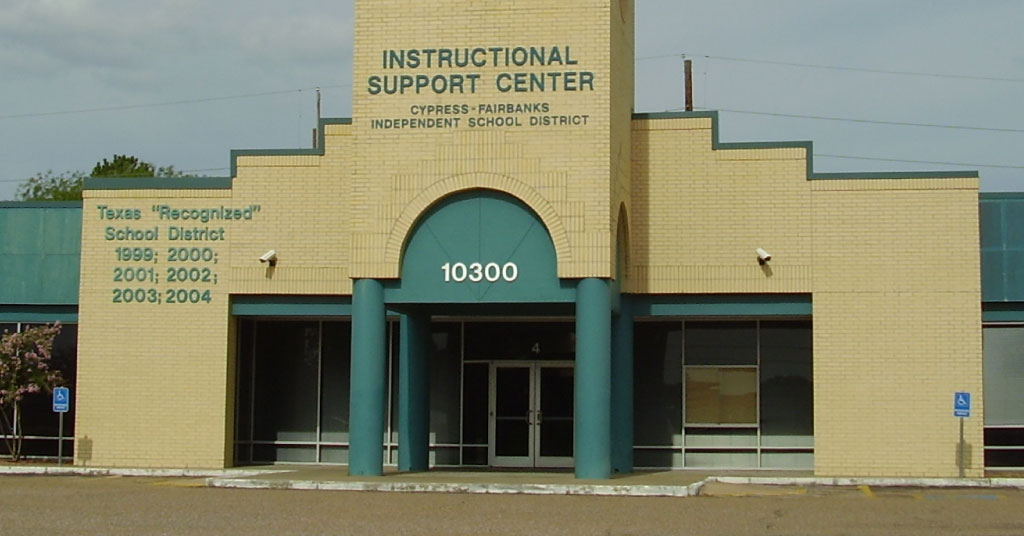 It is known for its academic excellence and has been recognized for its high test scores, graduation rates, and academic achievements. The district also offers a wide range of extracurricular activities, including sports teams, music programs, and clubs, to provide students with opportunities to explore their interests and develop their talents.

This school district serves the city of Conroe, as well as the surrounding communities. The district is one of the largest in the state, with an enrollment of over 68,000 students across its 61 campuses. CISD is a rapidly growing school district with an average student enrollment growth of close to 1,500 students per year. 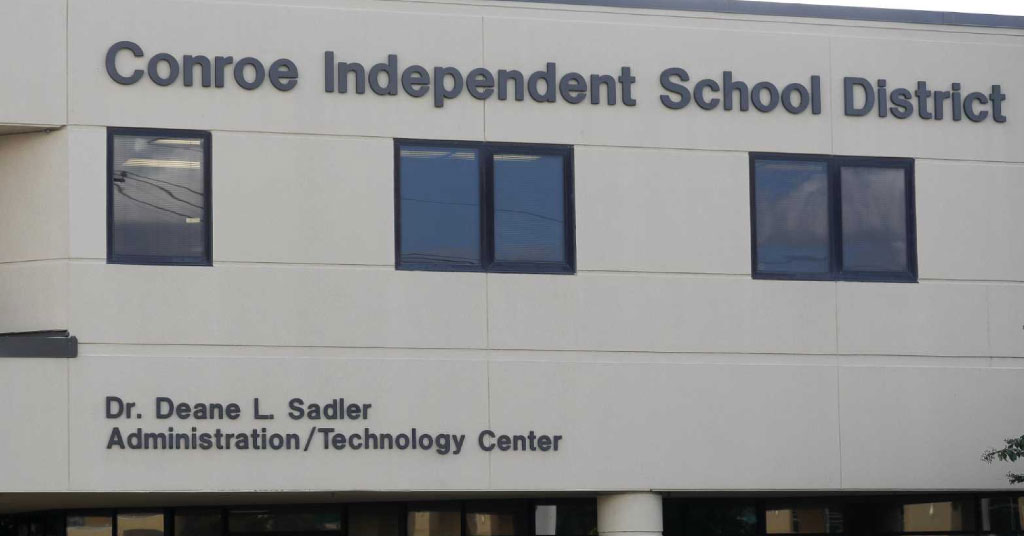 CISD is known for its high test scores and graduation rates. The district offers various programs and services, including gifted and talented education, special education, and English as a Second Language (ESL) programs. 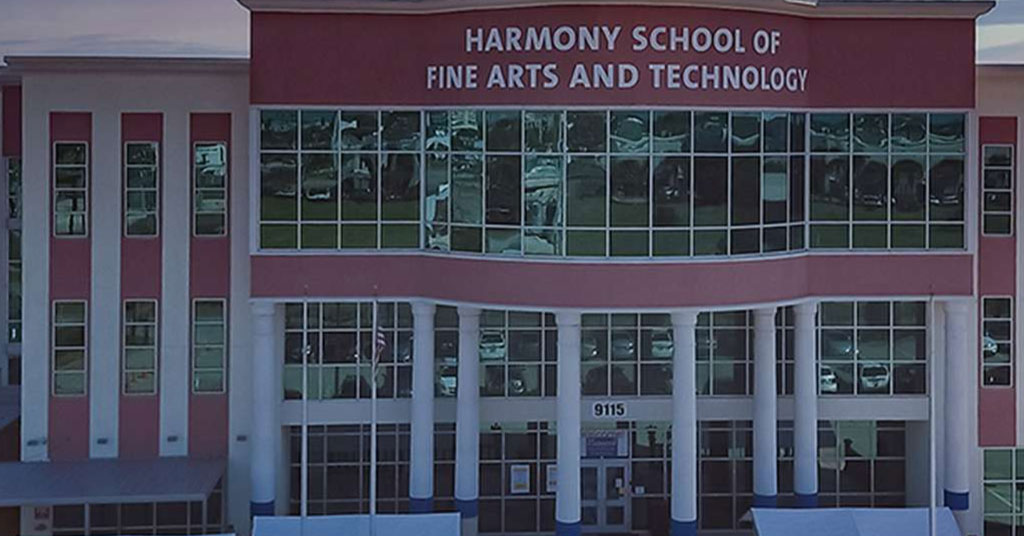 The Houston West campus serves students in the greater Houston area and offers a range of programs including, AP classes, dual language programs, and robotics. Harmony Public Schools is known for its rigorous curriculum, which is designed to prepare students for careers in science and technology, as well as for college.

The school also offers extracurricular activities such as music, art, and sports programs to provide students with a well-rounded education. The school is also known for its diverse student body and its dedicated as well as experienced teachers. 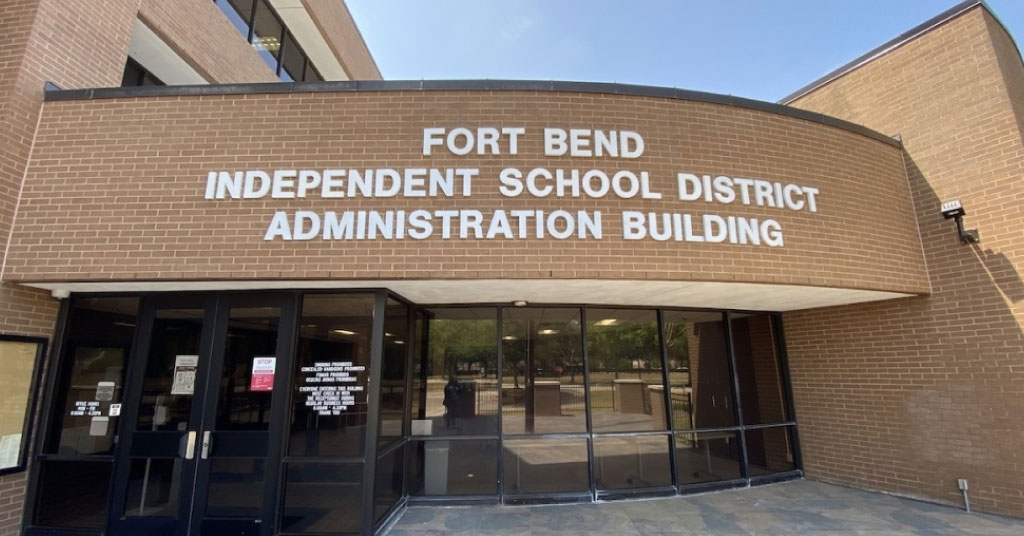 FBISD is a public school district in the U.S. state of Texas. It serves the communities of Fort Bend County, which is located in the southwestern part of the greater Houston metropolitan area. FBISD is one of the fastest-growing and most diverse school districts in Texas, with an enrollment of over 77,000 students across its 75 campuses.

FBISD offers a wide range of programs and services to meet the needs of its diverse student population, including gifted and talented education, special education, and English as a Second Language (ESL) programs. The district also provides a variety of extracurricular activities, including sports teams, music programs, and clubs, to give students the opportunity to explore their interests and develop their talents.

The last one on our list of best school districts in Houston is Humble Independent School District which is a public school district located in Humble, Texas, a suburb of Houston. The district serves over 40,000 students in pre-kindergarten through 12th grade and operates more than 50 schools, including elementary, middle, and high schools. 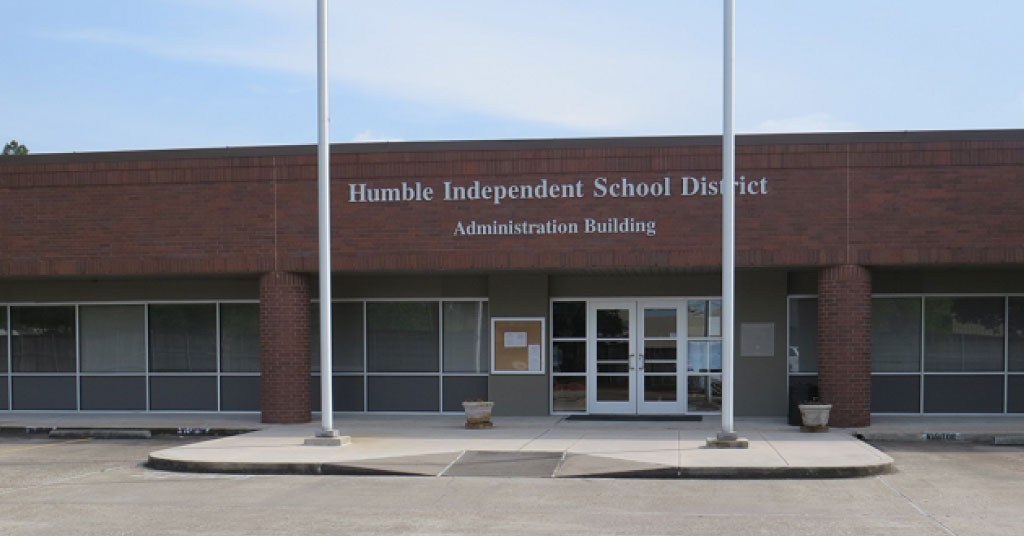 HISD is known for its rigorous academic programs and diverse student population and has been recognized for its high test scores and graduation rates. The district also offers a variety of extracurricular activities and athletics programs for students to participate in. HISD is committed to providing a high-quality education for all students and is dedicated to preparing them for success in college, career, and life.

It is always a good idea to visit the schools you want your child to be enrolled in person, talk to the teachers and administrators, and observe the classrooms to get a feel for the overall atmosphere and culture of the district. After all, your selection will become a milestone in molding your child’s future.

Apart from selecting the best school district, your child will need a good extracurricular activity to gain overall growth. We at Moonpreneur have brought uniquely designed programs in Robotics, Game Development, Advanced Math, and  App Development.