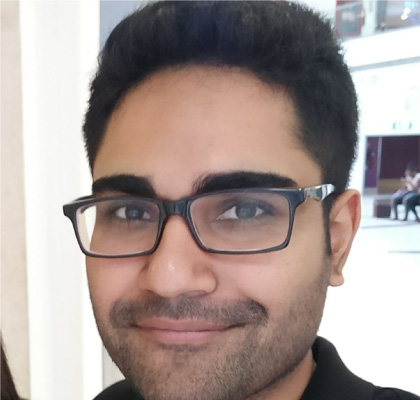 6 Ace STEAM Jobs in the Future 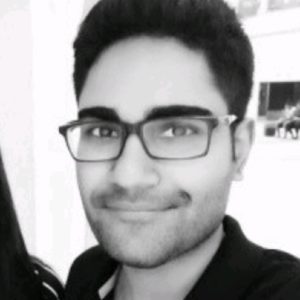 6 Ace STEAM Jobs in the Future

We now know that our society is advancing towards a future where AI is commonplace. This era of automation has already kick-started such a transformation in the job landscape. With automation and AI continually taking over jobs in several fields like construction, manufacturing, and transportation, it’s only a matter of time when a majority of today’s jobs become obsolete and irrelevant.

This should matter more to us as parents more than anyone else since our kids are going to live in such a world. This would be a world where a majority of non-creative and non-essential tasks become completely automated. This only further highlights the glaring deficiencies in our country’s current education system and structure.

Even with the introduction of STEAM (Science Technology Engineering Arts and Mathematics) learning, a majority of coursework in our country isn’t preparing our children for jobs of the future. What are future jobs you ask?

Well, considering the projected increase in future automation, jobs, and skills surrounding areas like data science, AI, coding, software development, content creation, arts and design, and many more will be in huge demand. Moreover, these jobs will be highly paid in comparison to other, regular jobs.

A report by the Bureau of Labor states that between 2017-2029, there will be an 8% increase in occupations in the STEM field as compared to the non-STEM areas. It also estimates a 22% growth rate in employment in software development from 2019-2029.

Another report from the Pew Research Center shows that employments in STEM occupations increased 79% from 9.7 million to 17.3 million since 1990. 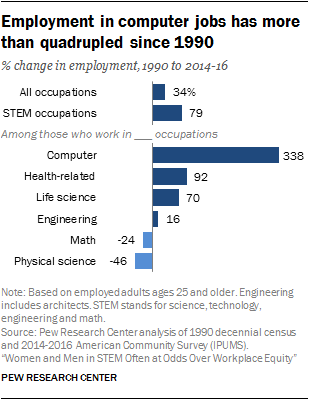 The world of the future will need many more engineers, artists, philosophers, programmers, and designers. Any skill that still needs a ‘human touch’ will still be relevant in the future.

With that said, here are six ace STEAM jobs in the future. Some of these already exist and are growing while others are projected to develop in the future. 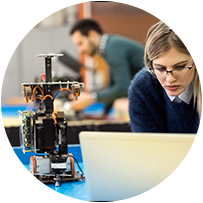 We already know and see robots taking over almost every aspect of our lives already. The upward trajectory robotics has seen in the last decade from advanced algorithms for AI-powered robots to smart materials with bio-sensors is nothing short of marvelous, to say the least. According to industry reports.co data the robotics industry market value is said to increase to $285.4 million by 2024.

These days robotics engineers usually come from mechanical and electrical or computer science backgrounds, but we are already seeing many universities across the world are already offering both bachelor’s and master’s programs in robotics engineering. This discipline is likely to grow and even be integrated into K-12 classrooms soon. This field is expected to become one of the most popular STEAM careers in the future. 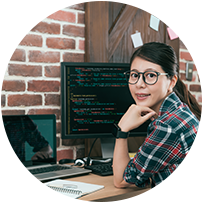 We are already becoming full-time consumers of apps, games, and different smart products. The trend is likely to grow in the future and will play an even more integral part in our lives. Software is required for even the smallest of consumer electronics like thermostats. That is why a report from the U.S. Bureau of Labor Statistics (BLS) estimates a 24% growth in jobs in the software development market from 2016 to 2026.

Cars, robots, pretty much everything we use, requires and will require, software that has to be programmed and developed by talented coders. Thus comes the saying “coded by humans, for humans”.

IoT devices, mobile phones, gaming consoles, tablets, cloud service will make coding the proverbial backbone of our automated future. Coding is already a hugely popular discipline in children pursuing STEM subjects in schools and colleges. The bottom line is that people who can code will always be in demand, no matter what industry or field they choose to follow. 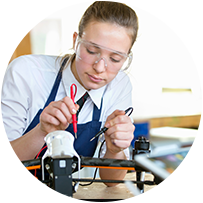 While the drone industry is still in its earliest stages, it is expected to grow far beyond what we can fathom right now. Amazon has already tested its Prime Air delivery using drones to deliver packages far and wide. In fact, both consumer and commercial organizations are investing in drones, and as per estimations in the Goldman Sachs report, spending on drones increased to $17 billion between 2016 and 2020.

Uber drones are going to be a thing in a few years as well. From automated drones used for transportation, repair, delivery, healthcare, agriculture, and even law enforcement, drones will be everywhere. The maintenance and repair of these drones will always require a pair of skilled hands and drone technicians will always be in high demand. 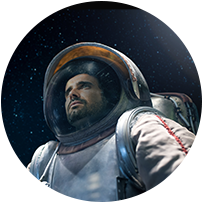 What is the next obvious frontier beyond commercial airlines and air travel? Space! Many ambitious space exploration companies are already selling first-class tickets to Mars for future dates. Space tourism is bound to become mainstream in a few decades from now and just like the current commercial aviation industry, space tourism will be booming.

All things space, exploration, and space tourism would require engineers for building these spacecraft. We would need artists and designers to come up with the best of 3-D designs for space stations. We would need scientists to create specialized diets and exercise modules for future travelers.

Most of all, we would need space pilots who’ll be taking starry-eyed tourists to the heavens and beyond. Engineers, scientists, designers, pilots, and material specialists will all be working together to make this an everyday reality. 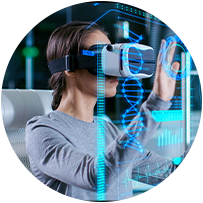 Probably one of the coolest jobs to exist in the future would be augmented reality and virtual reality designers and creators. Both AR and VR are fast emerging technologies heading towards a future where these become completely and irrevocably integrated into all our lives. As per a Modor Intelligence survey, the XR (Extended Realities) Market, which was valued at USD 26.05 Billion in 2020, is estimated to grow up to USD 463.7 Billion by 2026.

The advancements in VR graphics and VR headsets are slowly moving towards a future where you could simply put on a VR headset and your VR reality would be virtually indistinguishable from your actual reality! The same goes for AR. We would have AR in every possible surface we interact with. Mirrors, windows, pretty much everything would be like a scene straight out of the latest sci-fi movies. Both VR and AR will radically change our lives. They will be used in education, governance, healthcare, even advertising. The possibilities are endless. Any job involving either of these technologies would require skilled and creative designers and artists. 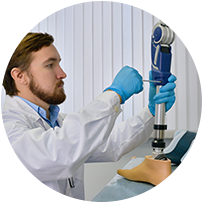 One of the hottest STEAM fields today, 3D printing is being used everywhere. From airplane parts to toys to even common household products, 3D printing is on the fast track to becoming mainstream. A majority of industries are already considering full-fledged 3D printing adoption in a few years.

One of the most promising avenues for 3D printing would be the biomedical sciences. Scientists already predict that within this decade, 3D bioprinted tissues and organs will be available for use in transplants in medical and cosmetic procedures. Researchers in this field are already able to 3D print small segments of tissue.

Once approved for mainstream use, 3D printing will revolutionize medicine. Long wait times for organ donations will become a thing of the past. Doctors will be able to print organs as and when the procedures require them.

Even custom 3D prosthetics will become mainstream in the future. 3D printing technologies already allow for custom designs that make these tools more accessible to people. People who need prosthetics would soon be able to enjoy custom-made devices that vastly improve their quality of life.

Therefore, any industry that adopts 3D printing in the future would require exceptional designers, who not only possess apt technical skills but are also creative and can think out the box.

We as parents must start guiding our kids to be ready for working such jobs in the future. Even beyond the current K-12 curriculum and education structure, we can make sure that the skills our kids acquire match with what will be in demand in tomorrow’s job market. Encouraging them to explore new areas of learning can go a long way in discovering and learning to get ready for the future of work.

At Moonpreneur, the Innovator Program helps students acquire futuristic skills in STEM-related fields. With their 4-stage learning approach, students get holistic training in robotics, AI, automation, and other areas. It helps children develop an entrepreneurial and innovative mindset that inculcates problem-solving and critical thinking abilities, preparing them for all future possibilities.